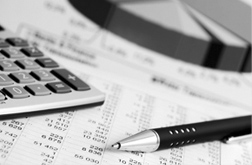 Wiesbaden, February 14th 2018. A recent study about the overall e-car market and Tesla’s position reveals a rather weak position in the long term. The market development depends on political subsidy and the current technological advantage is under threat. Car buyers, suppliers and investors should be very careful regarding Tesla’s long term outlook.

I. Market development: One of the main reasons why e-cars are pushed so much by politicians is the global warming. While many scientists believe the global warming is a fact, still many remain sceptical and argue more sophisticated. According to some scientists, global warming does not take place at all. Instead, they say, the world is heading towards a new glacial age. Other scientists argue that men made output of CO2 – from housing, agriculture, traffic, etc. – is only around 5% of the overall global CO2 output. They argue that such a small percentage has a little effect on global warming. Considering that global traffic emissions are only about one third of the 5%, the effect of cero emission cars is limited. Furthermore, e-cars are not cero emission vehicles. The CO2 emissions take place at the power plant. A recent study in Sweden, which takes into account the power generation and the exploration of raw materials for the battery, concludes that only after 8.2 years the CO2 effect might be positive compared to a gasoline car. However, better than a gasoline car does not mean zero emissions. So might politicians change their mind and stop to push e-cars one day, as we have seem with the boom & bust solar industry ?
The market development not only depends on political subsidy, but also on natural resources and the infrastructure for re-loading the e-cars. While some studies suggest, that a massive increase of lithium batteries is limited by the resources for these batteries and hence can physically not take place infinitely, regarding the infrastructure for re-loading Tesla cars the evaluation is more difficult. It is true that the pioneer has built up a considerable infrastructure for loading its cars, but any increase of cars in the market has to go in parallel with improving the infrastructure, as customers do not want to queue and lose valuable time during their journey. Has Tesla got the financial resources to build up the infrastructure in parallel to production output ?
II. Competition: Tesla was the first car producer to invest heavily into e-car production. This has given Tesla a competitive advantage over its competitors. Tesla’s main competitors such as Porsche, BMW, Daimler, Land Rover, Jaguar, Toyota and Audi are currently investing heavily into e-car research and e-car production. It is doubtful whether Tesla will be able to defend its position as technical leader, given that research is cost intensive and due to their size, the competition has got more financial resources than Tesla.
In 2017, Tesla produced some 100.000 cars, while competitors like BMW and Daimler produced more than 1.5 million each. In an industry where economies of scale is a very important lever for cost advantages, this crucial disadvantage puts Tesla in a difficult situation.

III. Tesla’s financial situation. While the competitors are running impressive profits, Tesla is continuously losing money. Nonetheless, Tesla’s market value is various times the one of its competitors, which can only be justified by a strong confidence of positive results in the future. As described above, it is unclear whether political help is sustainable. Competition is increasing and interest rates are supposed to increase. All these factors should have a negative impact on the market value, which would worsen Tesla’s financial situation.

During the presentation of the study, k3 managing director Thorsten Schuppenhauer finds clear words: “Tesla was an important inventor, but it is very doubtful whether Tesla can survive the next 10 years.”